CALIFORNIA, Md. (September 11, 2019) – Seakeeper, the leader in marine stabilization, launched its newest model, the Seakeeper 18, today at a media event during the Cannes Yachting Festival.

“Customers are demanding the best performance possible,” said Seakeeper President & CEO Andrew Semprevivo. “It’s not about reducing the roll anymore, we’re regularly being asked to eliminate it completely. The Seakeeper 18 was developed as a response to that.”

As Seakeeper expands its product line to provide customers with stabilization solutions that fit the needs of individual vessels and their intended use, new models serve to provide additional options rather than replace existing products. The Seakeeper 16, introduced into the market nearly five years ago, is now installed in approximately 50% of all new boats built in its target size range, proving that Seakeeper is becoming a must-have on all boats. The Seakeeper 16 will continue to be available as viable choices in many applications.

The Seakeeper 18 will be available for shipment beginning late 2019 and will retail for $119,900. Additional specs include: 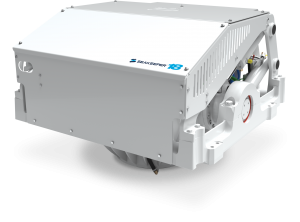 Founded in 2003 by a successful entrepreneur and a naval architect, Seakeeper is the global leader in marine stabilization. Seakeeper’s innovative technology changes the boating experience by eliminating up to 95 percent of all boat roll, the rocking motion that causes seasickness, fatigue, and anxiety. Since selling its first Seakeeper in 2008, the company has developed a growing catalog of models for an expanding range of boat sizes. Based in California, Maryland, USA, the company has employees globally, based in the U.S., U.K., Italy, Germany, and Singapore.